In the early 1960’s, a group of people in Gastonia made up of musicians, professionals, and teachers were interested in bringing live music to Gaston County. Their hope was to foster and encourage public appreciation of music by presenting concerts for its members. The group wished to provide live entertainment for an affordable price several times during the year. In 1962, the Gaston Community Concert Association was born.

The organization was founded as a membership organization with Dr. Andrew Miller as the first president. Tickets for individual concerts were not available. The cost for membership, which admitted members to all concerts, was ten dollars. Rise Stevens, a Metropolitan Opera star, was the first to take the stage. The concert was held in the auditorium of Ashley High School in November of 1962. 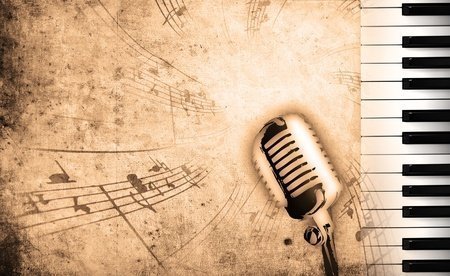 Over the years, Gaston Community Concert Association hosted many individuals and groups of high esteem. The Boston Pops with Arthur Fiedler, the Baltimore Symphony, the Pittsburg Symphony, and soloists from the Metropolitan Opera have entertained members.

The organization later dropped the word community from its name and exists today as The Gaston Concert Association. Incorporated as a non-profit organization, Gaston Concert Association still exists as a membership organization and strives to bring national, international, and local artists to the community. Memberships for individuals is currently fifty dollars which gains entrance to four concerts during the season. In addition to building and maintaining a permanent concert audience, GCA is committed encouraging music appreciation in the schools of Gaston County. Each year GCA provides a free concert for all fifth graders of Gaston County Schools.

Gaston Concert Association seeks to provide a variety of musical genres. Classical pianist, strings, and vocalist certainly continue to be included; however, jazz, blues, country, and movies and Broadway hits are popular. Some of the individual artists that have appeared in the past include: Mac Frampton, Maria Howell, Jennifer Prince, Rob Verdi, and Jason Coleman. A few of the groups that have delighted the audience in the past are Dallas Brass, The Western Piedmont Symphony, Cab Calloway Orchestra, The Diamonds, The Kingston Trio, and Good Company. Some of the performers in the most recent past seasons have been The Gothard Sisters, Yang and Olivia, Trio Lennon, George Bugatti, and Amantha Mill.

Encouraging music appreciation, building a permanent audience, and providing outstanding quality concerts at an affordable price for the community was, and still is, the goal of Gaston Concert Association. Fifth-five years and counting!